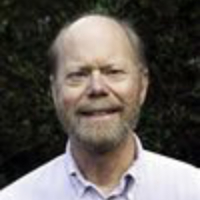 My recent research has focused on the perceptual and neural mechanisms of human color vision, including study of the unique characteristics of the colors brown and yellow that are not shared by other basic hues, comparison of brown induction with brightness/darkness induction, the immediate effects of visual context on color perception, long-term adaptation of color vision to features of the environment, retinal neural processing of color information, genetics of color vision variations, and issues of rod participation in the parallel set of cone pathways that mediate color vision.