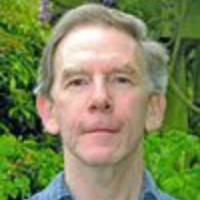 My research involves the integration between mechanism and function in animal behavior, with an emphasis on acoustic communication in birds and frogs. The principal current focus is on the song control system in the brains of songbirds. I emphasize a comparative, evolutionary approach to this system, and combine behavioral studies in the field with laboratory techniques in neuroendocrinology, neuroanatomy, moleclular biology, and signal analysis. I am currently pursuing two major topics of study in the song system. One concerns the physiological and molecular mechanisms and behavioral consequences of seasonal plasticity observed in the morphology of song regions of the brain. The second stems from the observation that neurons in song control nuclei receive input from auditory regions, and respond selectively to the presentation of conspecific song. I am investigating the role of song nuclei in the behavioral recognition of conspecific song in the contexts of mate choice and territorial defense.