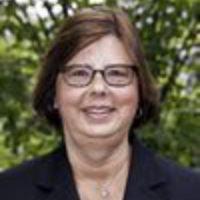 My research interests lie in assessing the influence of motherhood and/or social pressures to mother on women's lives. I am particularly interested in the way in which assisted reproductive technologies affect women's experience of motherhood. My most recent work examines the impact of egg donation on society through evaluation of clients' motivations in selecting specific egg donors as well as the motivations and experiences of women who have chosen to donate eggs. Emphasis is placed on the ways in which experiences with this technology and the experience of motherhood are affected by the woman's race, ethnicity, and social class.