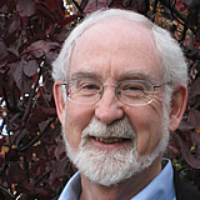 My present research focuses on the function and the development of song. Our study species is the song sparrow. The first aspect (function) is pursued in the field, via a long-term banding and recording program combined with field experiments (mostly playback studies). The second aspect (development) is pursued both in the field, where we focus on young males we have banded in the nest or netted during their first summer, and in the laboratory, where we attempt to recreate the key conditions identified in the field studies. We hope to identify the interactive features of singing that make social (live) tutors so much more effective than non-interactive tape tutors.