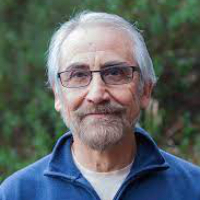 Perception, cognition and behavior depend on the development of specialized, orderly neural networks throughout the cerebral cortex. Visual cortex, the primary focus of our lab, is subdivided into the primary visual area (V1, area 17, striate cortex) and a number of extrastriate areas that contain more or less complete representations of the opposite visual hemifield. During development these areas become interconnected through reciprocal neural networks that maintain the visuotopic organization imposed by the retina. What is the anatomical and functional organization of visual cortex among different species? How do topographically precise networks develop among visual areas, and how susceptible are they to pathological insults at different developmental stages? We study these and related questions using anatomical and electrophysiological techniques, as well as time-lapse, MRI and longitudinal approaches in vivo. Another set of projects derives from our recent discovery that in rats, the inputs from both eyes are anatomically segregated in primary visual cortex, forming what in primates and carnivores are known as Ocular Dominance Columns (ODCs). This finding provides a new and promising model for studying experience induced changes in central nervous system circuitry, as well as the cellular mechanisms underlying ocular dominance plasticity in mammals. We have begun exploring the possibility of using in vivo manganese-enhanced magnetic resonance imaging (MEMRI) for longitudinal studies of plastic changes of ODCs in rats. Another MRI technique, Diffusion Tensor Imaging (DTI), shows great potential as a non-invasive technique for studying the development of neuronal connectivity and architecture under normal as well as pathological conditions. We are currently developing an experimental model in ferrets for examining the ability of DTI for detecting and monitoring changes in gray and white matter induced by early visual deafferentation. Our goal is to understand the relationship between DTI anisotropy measurements and the underlying structural changes in neuronal connectivity in order to fully develop the potential of this technique for detecting abnormalities associated with neurodevelopmental disorders.