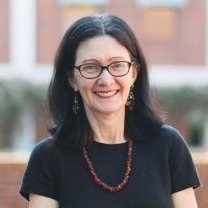 Emotion is the broad unifying theme that ties together most of my research. Thus, I have research interests in such seemingly diverse areas as theory of mind; the parent-child attachment relationship; and the ontogeny of the human disgust response. However, my main focus has been infants’ behavioral responses to other people’s emotional expressions. I then use infants’ behavior to make inferences about their ability to understand these communications.
Understanding other people’s emotional signals has clear adaptive advantages and is especially important in the formation and maintenance of social relationships. Moreover, before language develops, it is the primary means by which parent and child communicate. Thus, it would not be surprising if some sort of emotion knowledge, albeit primitive, emerges during infancy. This early emotion knowledge may then lay the foundation for children understanding that people have mental states (e.g., thoughts, perceptions, desires, goals) and thus influence their understanding of the psychological bases of human behavior.
Emotion understanding is a complex, multi-faceted ability. Consequently, I have found it useful in my research program to study the specific skills that might be required in order to make sense of another person’s expression. For example, one of these skills is the ability to appreciate that emotions are often expressed in response to specific events. My research has indicated that, by 14 months of age, infants are able to use attentional cues (e.g., gaze direction) to determine what in particular a person is emoting about. Another important skill is recognizing that different people can have different emotional responses about the exact same object or event. My work has shown that infants begin to understand the subjectivity of emotions by around 18 months of age.
More recently, I have explored infants’ ability to engage in “emotional eavesdropping – that is, their ability to learn about the world simply from watching and listening to other people’s emotional interactions. My research has shown that infants as young as 15 months of age can engage in this type of “socially-guided” learning. This is an important ability because it will often enable infants to avoid the negative outcomes that might arise if they were to directly investigate a situation themselves.
Currently, we are exploring infants’ ability to attribute emotional dispositions to other people (Repacholi, Meltzoff & Hennings, under review; Repacholi et al., in prep.). Adults and children often assume that relatively enduring traits underlie people’s behavior, but the developmental precursors to this trait-attribution capacity are poorly understood. In particular, there is a significant gap in the literature with regard to how emotional expressions might impact person perception during infancy. We are now engaged in a series of studies exploring whether infants expect other people’s emotional qualities to endure over time and context (physical & social), whether they appreciate that these emotional qualities are person-specific; and how these trait-like attributions impact infants’ social preferences as well as their more general social evaluations. Exploring the precursors to mature trait reasoning is an important research endeavor given that this ability has implications for children’s later social interactions, achievement motivation and self-esteem.