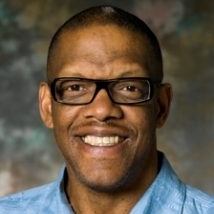 Currently, I am most active in research focusing on the influence of alcohol on sexual behavior. My work emphasizes the view that both alcohol expectancy theory and alcohol myopia theory are useful frameworks for understanding post-drinking sexuality. Grounded in these theories, my colleagues, students and I conduct laboratory-based experiments examining the potentially disinhibiting effects of alcohol on sexual perception, sexual aggression, and HIV/AIDS related sexual risk taking. Typically, these experiments involve assessment of individual differences including alcohol expectancies and drinking motives, administration of beverages, presentation of sexual or sexually aggressive stimuli, and assessment of sexual outcomes, such as arousal, perception, and likelihood of risk-taking. We presently have several manuscripts in preparation or under review, reporting findings from recently completed experiments. In a series of papers, we report that acute alcohol intoxication influences sexual risk-taking decisions during a hypothetical encounter. In another series of papers, we report that acute intoxication also influences women’s reactions to a hypothetical date rape.

Another primary interest area focuses on how cultural factors and racial stereotypes interact with the above topics. For example, I am interested in how racial stereotypes influence sexual perceptions and victim-blaming in alcohol-related sexual assaults. In an earlier paper (George & Martinez, 2002), we found more victim-blaming about interracial than intraracial rapes. In two papers being prepared, we report that sexual perceptions differ based on the race of the characters depicted in a first-date scenario and based on the characters’ alcohol consumption. These data have intensified my interest in racial stereotypes about sexuality and the perceptual consequences of such stereotypes.

A third primary interest area concerns racism, ethnicity, and cultural factors broadly. In our edited volume (Barrett & George, 2005), we consider multicultural competence in psychological service delivery generally and especially in legal settings. Also, since 1998, I continue to serve as director of the UW’s Institute for Ethnic Studies in the United States. In this role, I have the pleasure of being able to review small grant applications from UW faculty members proposing scholarship related to American Ethnic groups. These applications hail from a wide variety of disciplines across the humanities, arts, and sciences; and several applications are funded each year.

My secondary areas of interest include theories and therapies pertaining to addictions – especially Relapse Prevention applications; sex offenders; and the adult sexuality of survivors of child sexual abuse. We continue to find that prior child sexual abuse affects how women respond to laboratory situations involving sexuality – both sexual assault and sexual risk-taking situations. We are investigating this finding in further depth.