Congratulations to the undergraduate psychology majors who were invited to join Phi Beta Kappa in late spring quarter 2012.

The invitation is based upon the students' excellent academic record and interest in the liberal arts. http://depts.washington.edu/uwpbk/
The students are: Kelsey Frost, Aziza Seykota, Andrea Vernon, and Anne Wolken.

Zeke Barger, Becca Emery, and Monica Rapp were co-winners of the 2012 Guthrie Prize in Psychology. 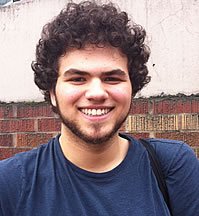 Nile Gaddia was the recipient of a Levinson Emerging Scholars award. Nile is a psychology honors student, working with Professor Sheri Mizumori. His research focus is in the area of learning and memory.  The Levinson program supports undergraduates pursuing independent research in genetics, neuroscience, biochemistry, bioengineering, bioinformatics, and related fields in the life sciences.