Greetings from the Chair

Greetings to all of our friends! The 2012-2013 year has hit the ground running with great excitement. We welcomed new cohorts of simply outstanding graduate students and undergraduate majors, many of whom came into our programs with high honors and achievements.  New faculty members Shannon Dorsey, Mary Larimer, and Andrea Stocco also joined the department this fall. Each one adds new dimensions of scholarly activity that will significantly enhance the quality of our research and teaching missions, especially in the areas of adult and child clinical, cognitive, and neurocomputational psychology.

Jill Williams (Advancement and Outreach Coordinator), and her assistant Jolyn Mason, recently joined our department to lead our effort to bring the amazing research results of our faculty and students to the public in the most meaningful and rapid way possible.  Already planned for this year is our annual Edwards Public Lecture series whose theme is The Science of Psychology in the Real World. We also look forward to the roll out of the Mindful Living and Practice Initiative of our Center for Child and Family Well-Being (made possible by a generous donation from Yaffa and Paul Maritz), an initiative that will bring public lectures and professional training meetings on the ‘value of mindfulness in child and family well being.'  Jill Williams comes to us with considerable experience with alumni relations, and as such, she will also lead department efforts to facilitate activities between current (and future) Psychology alums and the department. We are proud that as a large group, our alums have had a broad impact in society. Illustrating this point, psychology alums recently received the College of Arts and Sciences Timeless Award.

Over the past several years, our department has grown interdisciplinary research initiatives in areas such as child development, diversity science, global psychology, and brain and behavior. These research areas are illustrations of Psychology as a Hub Science that is strategically situated to link a vast array of approaches and methods to solve society’s biggest challenges to understanding behavior. As we continue to build these initiatives by reaching out to colleagues across the UW campus, we will continue to grow our already record number of opportunities for active learning by our undergraduate and graduate students.

I look forward to what promises to be an energetic and impactful year for our department. Thank you for your continued support and interest. I wish you and your family the happiest of holidays and an outstanding new year!

2013 Edwards Lecture Series: The Science of Psychology in the Real World

In each year since 2004, the Psychology Department has hosted a public lecture series made possible by a generous endowment by Professor Allen Louis Edwards who was affiliated with the University of Washington’s Department of Psychology from his arrival in 1944 as an Associate Professor to his death in 1994. In this annual series, world renowned leaders in a variety of Psychology research areas join our faculty for three evening public lectures on important issues facing our society.

This year, the 8th Annual Public Lecture Series addresses the theme of The Science of Psychology in the Real World. Our three featured faculty include: Dr. Peter Kahn (Feb. 20), Dr. Kevin King (Feb. 27), and Dr. Geoffrey Loftus (Mar. 6). Descriptions of their upcoming lectures can be found below. Also, you will find the names of the world renowned colleagues who have been invited to participate in each of the lectures. Online registration will open on January 16, 2013, so be sure to save the dates. We hope to see you there!

Ecopsychology: Reinventing the Human-Nature Relationship in the Digital Age 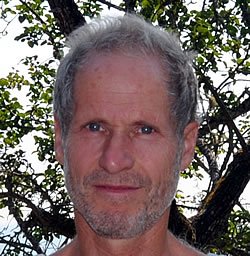 Abundant recent research demonstrates our physical and psychological need for nature. And ecological sustainability—humanity living in mutually enhancing relationship with the rest of nature—may well be impossible unless people care for the places they live, together with the other species that inhabit these places. Yet here in the high-tech 21st Century, humans have become more alienated from nature than ever before. At this perilous moment in history, how can we broker a new human-nature relationship, one that embraces both technology and the natural world? In a provocative presentation, Peter Kahn and Scott Sampson will take up this pressing challenge, encompassed within the growing field of ecopsychology. They will outline a future where people optimize their wellbeing and flourish in relationship with nature, and explore the path that will take us there.

For more information on Professor Kahn’s research, visit his website at:

Dr. Scott Sampson (Paleontologist and Science Communicator) will be joining Dr. Kahn for the February 20, 2013 lecture. 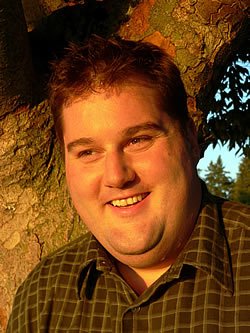 Adolescence is a time of tremendous growth, change and maturation, but it is also the developmental period when a wide range of risky behaviors are most common, including alcohol and drug use, delinquency, risky sexual behavior, speeding, and smoking. Indeed, the leading causes of death and disability among adolescents are the end result of these kinds of risk behaviors. But typical approaches to prevention, which focus on increasing knowledge about the risks of these behaviors, have failed to produce reductions in adolescent risk taking. These lectures will discuss the latest brain and behavioral science of adolescence that explain why providing information, or asking adolescents to think more carefully and try harder generally does not succeed in changing behavior and what we can do to promote positive behaviors in adolescents.

For more information on Professor King’s research, visit his website at:

Human Memory and the Law 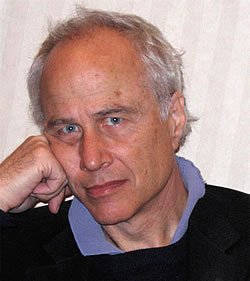 In numerous legal cases, resolution of critical questions rests on an understanding of human cognition. For the past four decades, experimental psychologists have been testifying in court as expert witnesses who can educate juries about various aspects of how the human mind works. The goal of such testimony is that the jurors be able to use scientific information provided by the expert as a tool to assist them in their job of arriving at a verdict. We will illustrate the nature of such expert testimony by describing our own participation in homicide cases which, although all very different from one another, all critically involved various aspects of human perception, attention, and memory.

For more information on Professor Loftus’ research, visit his website at:

Dr. Beth Loftus (Distinguished Professor of Social Ecology, and Professor of Law, and Cognitive Science, University of California, Irvine) will be joining Dr. Geoff Loftus for the March 6, 2013 lecture.

The Psychology Department’s Center for Child and Family Well-Being (CCFW) announces the launch of a new initiative promoting a focus on Mindful Living and Practice.  This initiative comes thanks to the generous support of Yaffa and Paul Maritz, as well as support from the UW Office of the Provost and the UW College of Arts and Sciences.

The Mindful Living and Practice initiative aims to promote the positive development and well-being of children and families by engendering, translating, applying and sharing knowledge about mindfulness with children, parents, practitioners and educators. The core activities of this initiative will include outreach to the community, professional training, and research.

The initiative is based on the premise that mindfulness, that is, being present, open, accepting and intentional, enhances children’s, parents', caregivers', educators' and practitioners' empathy, compassion, and self-regulation. It also improves caregiver’s stress-management, responsiveness, and consistency in their interactions with children, all of which enhances children’s well-being.

The goals of the initiative include providing the community of parents, educators, and practitioners ready access to the latest evidence-based knowledge about mindfulness as well as opportunities for training in mindfulness practices. The CCFW will also build research collaborations and programs examining the value of mindfulness in child and family well-being.

Outreach and dissemination events will include these upcoming public lectures and professional training meetings in 2013:

Field Research in Indonesia: An Immersion in Science and Culture

Participating in the IFSP-Indonesia on Tinjil Island was entirely life changing.  This experience has given me new inspiration and direction in furthering my studies and future career.

This coming summer, the International Field Study Program (IFSP)-Indonesia will enter its 18th year.  Under the direction of Psychology Research Professor Randy Kyes, the program is a collaboration between the UW's Center for Global Field Study and the Primate Research Center at Bogor Agricultural University, in Indonesia.  the program offers the opportunity for UW and other students to experience first hand the demands and rewards of living and conducting research in tropical field conditions.

During the summer of 2012, Dr. Kyes and 10 students--among them, six undergraduate and one graduate student from UW--spent nearly four weeks observing and studying free-ranging longtailed macaque monkeys on Tinjil Island, located off the southwest coast of Java, Indonesia.  While the research experience itself is a unique and invaluable part of a student's education, participants also emphasized the benefit of stepping far outside of their comfort zone and immersing themselves in a new culture.  "The gaining of field research experience was beneficial for me," says 2012 program participant Morgan Wilbanks, "but more important was becoming conscious of the Indonesian people and culture."  Post-baccalaureate psychology student and program participant Anna Schier adds that "the exposure to different cultures and exotic locales helped evolve my appreciation for diversity and scientific perspective in remote and challenging conditions."

While study abroad, especially to remote destinations, can be an expensive undertaking for students, members of this past year's cohort were each helped significantly by a $1300 stipend provided as part of funding support from the United States Indonesia Partnership Program.  UW was one of six U.S. universities to receive this funding from the Department of State.  "I was very pleased to see that the U.S. government is working to improve ties with Indonesia," says Dr. Kyes.  He continues, "I believe this initiative was an important step in helping to expand the study abroad opportunities in Indonesia which ultimately will serve to benefit both countries."