A Message from Chair Sheri Mizumori 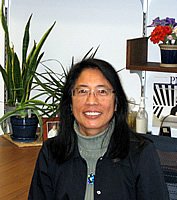 Although the weather in Seattle has been unusually cool since our Spring 2010 newsletter, the Psychology Department has continued to move forward in many exciting ways.  In this newsletter you will see that faculty continued to secure significant grant funds to support cutting edge research that addresses fundamental problems in psychological science.  We continued to provide instruction for record numbers of students, providing them with not only high quality, but often unique personal experiences.  In addition, we launched our first professional certificate program (in Early Childhood Leadership) offering training to the broader community.  We have pursued new ways to use our research and instructional successes to engage and enrich the local and global communities in the hope that we will work together to discover solutions to important societal problems.  In September, a small contingent of our faculty traveled to Beijing China to identify common mental health issues on which we can work together to find solutions. In October, Professor Randy Kyes traveled to Washington, D.C. to represent our Department's Center for Global Field Studies at the inaugural USA Science and Engineering Festival Expo. Also in October, the Psychology Department teamed up with the UW Center on Human Development and Disabilties (CHDD) to sponsor a public forum at which we discussed how we could bring research on Autism Spectrum Disorder to practice.  Most recently, together with the Evergreen School (Shoreline, WA), we co-sponsored a free public event at which the latest innovative methods for integrating neuroscience and cognitive psychology research with K-12 educational objectives were discussed by leading scholars.  These last two events were made possible by a generous donation from the Edwards family who established our Department’s Allen Edwards Endowed Lectureships. We are most grateful to the Edwards family, and to all of our Friends of Psychology for their support during these especially trying economic times. We are looking forward to our 6th Annual Edwards Public Lecture Series that will focus on issues related to 'Diversity, Culture and Behavior'.

I hope you enjoy reading about the many important contributions and accomplishments of our faculty, students, staff, and alumni.   Best wishes for a happy and healthy new year!

When assistant professor Janxin Leu was studying in China as an undergraduate, there were approximately 15 departments of psychology in the entire country.  She would never have predicted that less than two decades later there would almost 250! Certainly, the discipline of psychology is taking off in the People’s Republic of China – and four faculty members from the UW Department of Psychology went there this fall to investigate and explore collaborations.

Dr. Leu (social area), along with assistant professor Brian Flaherty (quantitative), associate professor Jessica Sommerville (developmental), and professor Jane Simoni (clinical), made the trip to Beijing as part of their involvement in the Global Psychology Interdisciplinary Research Initiative or IRIS. The IRIS program is a result of Chair Sheri Mizumori’s vision for enhanced collaboration among the areas in the Department, and is sponsored by generous support of the Dean’s Office.

As well as visiting Beijing University, the site of Dr. Leu’s year abroad as an undergraduate, the faculty met with researchers at the Institute for Psychology at the Chinese Academy of Science, Tsinghua, and Beijing Normal University, where UW Vice-Provost of Global Affairs Steven Hanson joined them. At Beijing Normal University, Drs. Leu and Sommerville were impressed with the research facilities for conducting studies of developmental neuroscience. The two are hoping to forge a collaboration to investigate cross-cultural differences in social cognition among infants, including the influence of culture and context in how infants infer the intentional states of others.

Drs. Flaherty and Simoni were able to meet with top public health officials at the China Centers for Disease Control and Prevention to discuss priorities in HIV research and tobacco control. Dr. Flaherty learned that establishing smoking bans in public spaces is the biggest public health goal of China's National Tobacco Control Office.  In the future, he hopes to establish a relationship with that office and contribute to their tobacco control efforts. Dr. Simoni met experts in mental health, who she hopes will assist her with a new project on providing counseling to individuals recently diagnosed with HIV – still a very highly stigmatized condition in China.

The team discussed possible student and faculty exchanges and will work with Dr. Hanson on negotiating a Memorandum of Understanding with at least one of the institutions they visited.

In each year since 2004, the Psychology Department has hosted a public lecture series made possible by a generous endowment by Professor Allen Louis Edwards who was affiliated with the University of Washington Department of Psychology from his arrival in 1944 as an Associate Professor to his death in 1994. In this lecture series, world renowned leaders in a variety of Psychology subdisciplines join our faculty for three evening public lectures on important issues facing our society. These lectures are recorded for future viewing on UWTV.

This year, the Public lecture series addresses the theme of Diversity, Culture, and Behavior. Our three featured faculty include: Dr. Sapna Cheryan (Feb. 16), Dr. Cheryl Kaiser (Feb. 23), and Dr. Jane Simoni (Mar. 2). Descriptions of their individual research programs can be found below. Also you will find the names of the world renowned colleagues who have been invited to participate in each of the lectures. Save the date, and we hope to see you there! 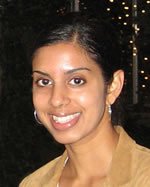 Despite having made significant inroads into a variety of traditionally male-dominated fields, women continue to be underrepresented in computer science and engineering (CS&E). Many theories have been put forth to explain this phenomenon, ranging from innate female inferiority in quantitative skills to an unwillingness by women to put in late hours. Dr. Cheryan’s research shifts the explanation for this underrepresentation away from women’s deficiencies and instead examines whether it is the image of CS&E, fueled by inaccurate stereotypes, that interferes with women’s ability to see themselves in these fields.

Dr. Cheryan’s research demonstrates that current perceptions of computer scientists as “computer nerds” deter women, but not men, from the field. She shows that women report being less similar to computer scientists than men and that this lack of perceived similarity is important in explaining their lower interest in the field. However, women express more interest in CS and believe they will perform better when the field’s prominent stereotypes are altered. For instance, women who are exposed to objects stereotypically associated with the field (e.g., Star Trek posters, video games) are less likely to consider majoring in CS than women who are exposed to non-stereotypical objects (e.g., art posters, water bottles). Further experiments addressed perceptions by women already in the field and found that reminding female engineers of their engineering identity caused them to distance themselves from their feminine identity.

This research suggests that broadening the image of male-dominated fields – for instance, using environments, the media, and role models – may be fundamentally important to increasing women’s interest in them and their ability to be successful once there.

For more information on Professor Cheryan’s research, visit her website at: 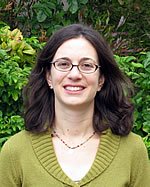 For more information on Professor Kaiser’s research, visit her website at:

Dr. Linda Tropp (Associate Professor of Psychology and Director of the Psychology of Peace and Violence Program, University of Massachusetts) will be joining Dr. Kaiser for the February 23, 2011 lecture.

Global mental health and HIV: Intervention research in China and on the U.S.-Mexico Border 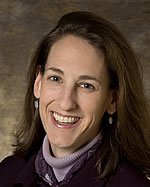 Mental disorders and psychological health vary across cultures, yet most of what we know in the field of clinical psychology has been based on the experiences of middle-class White Americans. Related, mental health professionals have developed over 400 different forms of psychotherapy, but how many – if any – are relevant for individuals outside of the West where they were originated? Even if the treatments are effective, how will they be implemented in settings in which mental health professionals are scarce? These are pressing concerns in current initiatives to address global mental health.

Dr. Simoni’s work in this area has focused on two developmental projects: one in China and one on the US-Mexico border. In China, Dr. Simoni and colleagues developed and evaluated a nurse-delivered counseling program to assist individuals living with HIV to take their medications as prescribed and address psycho-social concerns around their HIV diagnosis. She is about to begin a new project in China to examine how, in the absence of appropriately trained therapists, computer-based technologies might be harnessed to address the acute stress of newly HIV diagnosed individuals. On the U.S.-Mexico border, Dr. Simoni and colleagues at the University of El Paso are adapting an intervention to address depression and HIV medication adherence among HIV-positive adults. Modifications of the cognitive-behavior intervention involved addressing cultural proscriptions against homosexuality, widespread HIV stigma, and the importance of family and community support.

For more information on Professor Simoni’s research, visit her websites at:

Dr. Craig Van Dyke (Professor of Psychiatry and Director of the Global Mental Health Program, University of California, San Francisco) will be joining Dr. Simoni for the March 2, 2011 lecture.

University of Washington alumnus Michael Posner (BS Physics, 1957; MS Psychology, 1959), was recognized by the College of Arts and Sciences for his outstanding contributions to the field of psychology. Professor Posner was recognized for his lifelong scientific achievements during a faculty lunch reception on October 12, 2010. Despite officially retiring in 2000, Professor Posner maintains an active research program and presented his most recent findings in a seminar the following day. He has been a faculty member at the University of Oregon since 1965 and has received many national and international honors and awards including the prestigious National Medal of Science in 2008 – our government’s highest scientific award.

Professor Posner has been a pioneer in the study of the relationship between the mind and brain. In particular, his work on attention and consciousness revolutionized the field of psychology. He was one of the first scientists to use imaging techniques to localize mental functions in the brain and is considered by many to be the father of modern cognitive neuroscience. His more recent research has focused on how attention and self-control emerge in children. In addition, he has led an effort to understand the genetic and environmental factors – including parenting quality – that affect developmental processes in early childhood.

Professor Posner’s research spans nearly five decades and has been both revolutionary and all-encompassing. Nearly every area of research in our Department – cognitive, developmental, clinical, child clinical, social, and behavioral neuroscience – has been affected by contributions from his research. It was honor to have him visit and we are proud that he is an alumnus of our Department and University.