Earl Carlson: making a gift and having an impact 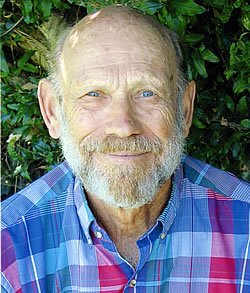 In 1999, Dr. Carlson established the Earl R. Carlson Professorship in the Department of Psychology. (Professor Ana Mari Cauce became the inaugural recipient of the Earl R. Carlson Professorship in Psychology in the spring of 2000.) Then, in 2002, Dr. Carlson established the Eleanor Carlson Endowed Graduate Fellowship in Psychology. The goals of both endowments are to support research on the effects of socioeconomic and cultural inequalities on the psychological and physical resources that children evolve that contribute to successful and happy lives. Important parts of this include study of impediments to success and well-being and study of the beliefs and misconceptions people have about why people are successful or not successful.

How did your education at the University prepare you for a lifelong career in psychology?

After two years of credit in engineering I knew that was not for me, and after taking courses in several areas of psychology I discovered “social psychology,” which was a perfect blend of my values and interests. I had some excellent courses from Allen Edwards, Paul Horst and others that gave me a great foundation for my doctoral studies at the University of Michigan.

Your gifts are going to develop a specific area of study—one that focuses on privilege—i.e., the importance of differences in the advantages/disadvantages children experience in growing up. What do you find so compelling about this area?

It took me over 50 years as a social psychologist to appreciate as well as I do now the profound pragmatic as well as moral consequences of large differences in social class. Scholars in other disciplines have documented beyond any doubt that the family one is born into today is a far greater source of advantages/disadvantages than race, gender, age, sexual orientation, or other sources of discrimination, but this is not widely understood. The cultural myth that “anyone can make it if they try” ignores the fact that the skills, motivations and other resources required for a successful, satisfying life are all affected enormously by differences in relative privilege coming from parental values, knowledge, affluence, social status, and social connections—as well as from institutional biases that advantage the affluent, and are far greater in this society than in other developed nations.

When I think internationally I worry greatly about the fate of civilized life as we know it. As we now know, terrorism works—for example—and there will never be a way to defend against it. Technological developments make it easier each year for smaller groups to do enormous damage. The only hope I can see is to reduce the level of anger in the world—anger that comes from deprivation, frustration and humiliation. And these derive substantially from inequities in opportunities within and across societies. We need to understand the role of inequalities, and we need to work as soon as possible to reduce them.

Why did you come to UW Psychology with your proposal?

I’ve always had an enormously fond feeling about the university, having been born in Seattle, and growing up and doing my undergraduate studies here. But also critical was my appreciation for the strength of the department as a whole, and of the faculty in areas relevant to the program I had in mind. After my first visit back here I knew this was the right place.

What advice might you give to other alumni or friends of psychology that might be considering a gift?

First, I really know—without a doubt—that this program will make some important contributions over time, and that it will grow as others see its importance. Beyond the conceptual goals I’ve mentioned, we will be in the forefront in introducing privilege as an interdisciplinary area of study, and we will use the graduate fellowships to engage new scholars in research on issues of relative privilege. In 2005 we plan to have the first of a series of conferences on the campus on these issues.

I can tell you that it warms my heart whenever I think about giving to an endeavor that might help those who are largely disadvantaged in the world today. We surely cannot know what the long-term effects will really be, but we can try!

And it feels great that this will be a lasting legacy! Whatever I—or you—give to the University Foundation is invested, earning an average of about ten percent interest. Half of this is available each year for the project one chooses, and most of the rest accumulates to provide even more funds for the following years. In this way your gift will grow, and will fund your project forever—theoretically. And if you donate appreciated assets, such as property, mutual funds, etc., the tax advantages are astounding, I found. I will add that we need only $40,000 more in donations for this program in order to receive an additional $50,000 from the University’s matching fund. This will help enormously to support graduate students in study of these issues.

Carrie Perrin was selected to head the Psychology Undergraduate Advising Office, replacing Jody Burns, who retired in June 2004, after 10 years with Psychology.

Michele Jacobs was promoted to Departmental Administrator, replacing Paul Bernard, who retired in June 2003, after 10 years with UW Psychology.

Beth Rutherford, Assistant to the Chair, was nominated again in 2004 for UW Distinguished Staff Award (which she has won many times over in our hearts).

Mr. and Mrs. David B. Fitch

Mr. and Mrs. William A. Fitzhugh

Mr. and Mrs. Richard A. Hultquist

Mr. and Mrs. Scott A. Johnson

Dr. and Mrs. Martin B. Wikoff