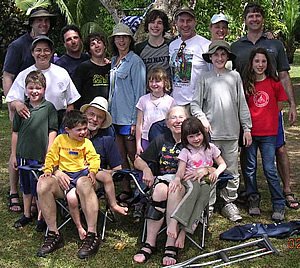 Upon his retirement from full activity with UW Psychology in 2001, Professor Earl “Buz” Hunt and his wife Mary Lou Hunt decided to establish the Hunt Graduate Support Fund. Their initial contributions were leveraged by matching funds from the Graduate School and the College of Arts & Sciences and were soon reinforced by additional contributions from Mary Lou and Buz, members of their family, and various friends.

Buz and Mary Lou tailored the focus of their gift to match what they saw as a growing problem for graduate students seeking to conduct independent research. As Buz explains, “The fellowship is to be used to support a graduate student who wishes to explore thesis work outside of the purview of the advisor’s grants. I always tried to find a way to sponsor graduate student ideas, and over the last few years I have become concerned that, with increasing grant competition, faculty PIs are forced to take a very narrow view of what they can let a graduate student do. To me, this defeats the purpose of the Ph.D...to let someone become an independent investigator.”

Buz came to UW Psychology as a Professor in 1966, after serving on the faculties of Yale University, UCLA, and the University of Sydney (Australia). In addition to serving in UW Psychology (including seven years as chair) Buz was instrumental in founding the Computer Science Department at UW, and maintained an adjunct appointment in that department.

In an age of specialists, Hunt was something of a generalist. His publications covered such diverse topics as artificial intelligence, human intelligence, animal studies of the psychopharmacology of memory, psychological contributions to the learning of science and mathematics, and the importance of cognition in the workforce. Hunt was also active in developing the infrastructure of science and education.

Donate to this fund
Make a gift